A Touch Of Class

SoundStorm Is Excited To Offer You The Services Of The Talented Dominic Cincotta To Add That Extra Special ‘Touch Of Class’ To Your Trivia Night And Create The Ultimate Corporate Event Or The Extra Special Fundraiser You Have Been After. 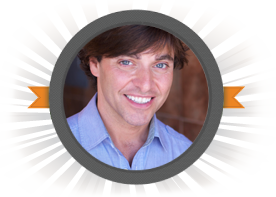 Dominic is a master with an audience and will not only keep your Trivia Night running smoothly but will also perform hits ranging from Frank Sinatra and West End musical numbers through to more recent and popular hits from the charts throughout the evening.

Originally from Melbourne, Australia, Dominic has been living, working and traveling extensively throughout many parts of the world.

Most recently residing in London, Dominic has been working closely with top producers, agents and performers gaining valuable experience over a career that has spanned more than 20 years.

He began his career from a very early age where he used to perform with local theatre groups. He trained in Melbourne and has since gone on to perform in West End productions of Jesus Christ Superstar, Joseph and the Amazing Technicolor Dreamcoat, (also appearing on these cast recordings) My Fair Lady, The Rocky Horror Picture Show, Always Patsy Cline, City Of Angels, touring with these shows throughout Europe, the United Kingdom, Dubai and Australia.

He has been a lead vocalist with many production shows, whilst also performing his own cabaret show on charted cruise liners. A career highlight was being signed by Sony Music and receiving chart success with pop bands “Culture Shock” and “Eclipse” in his native Australia.

Contact Us to have Dominic at one of your events.